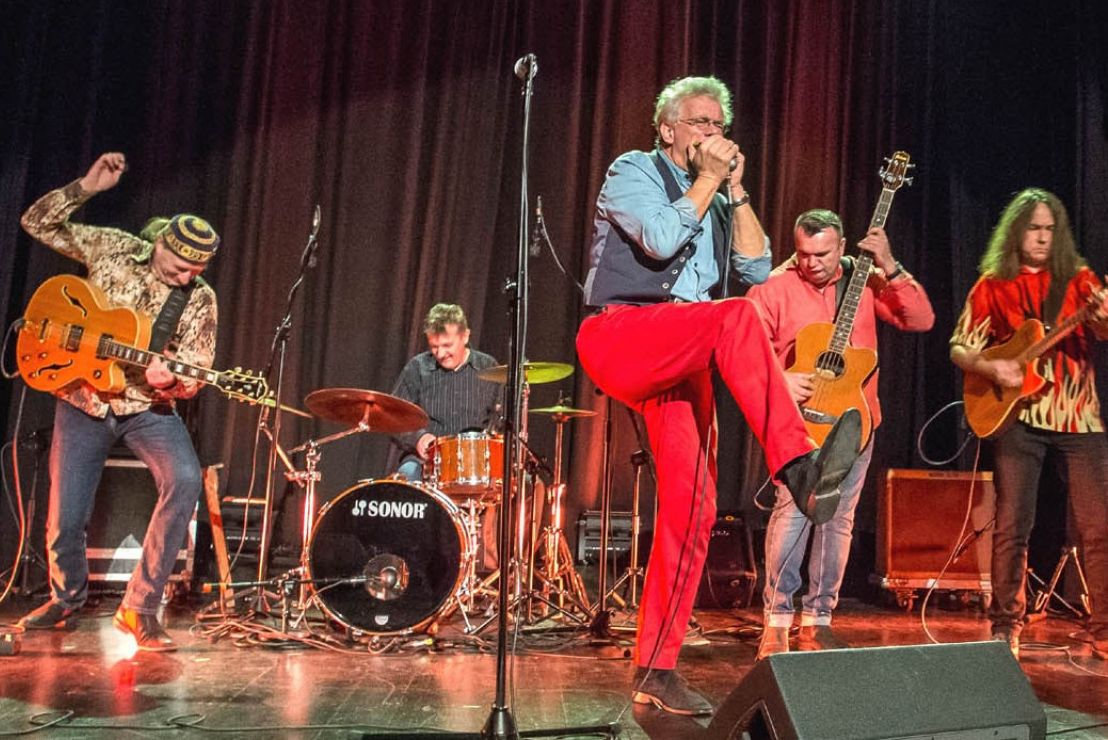 Nocna Zmiana Bluesa – The Blues Nightshift – the most popular blues band in Poland. Established in 1982 by its leader Slawek Wierzcholski – a harmonica virtuoso, singer and songwriter.

The band have played thousands of gigs throughout the years in Poland and all over Europe in countries such as Russia, France, Greece, the Nederlands, Sweden , United States and even in Zimbabwe. They opened for The Blues Brothers Band (Nürnberg 1989) and B.B.King (Warsaw 1996).

These seasoned musicians form a band up to the highest world standards with nothing to be ashamed of when confronted with their beloved American roots that inspired them to develop their own unique sound.

Though they started as orthodox bluesmen, during their 34 years long career they have created their own style based on accoustic instrumentation and fusion of blues, folk, jazz and singer/songwriter genre.

Nocna Zmiana BluesaThis mixture together with their musician and showmanship result in true rocking energy spreading onto the audience.